The Red Hand of Ulster

Behold, I will lift up My hand in an oath to the nations  And set up My standard for the peoples; They shall bring your sons in their arms, And your daughters shall be carried on their shoulders” – Isaiah 49:22 NKJV

In the article ‘At O’Neill’s right hand: Flaithrí Ó Maolchonaire and the Red Hand of Ulster’ by Benjamin Hazard  in History Ireland, the voice of Irish nationalist academia, (18.1, Jan./Feb. 2010), there is a sidebar discussing one of the traditional explanations for the Red Hand of Ulster, namely the story about a chieftain who, when his rival was leading in a boat race, won by cutting off his own hand and throwing it ashore so that he touched land first. But the real explanation, as outlined in the article, is that it represents the right hand of God—dextera Dei, a symbol of God’s protection in battle (The war cry is Lámh Dhearg Abú! (Red Hand to victory!) .

The sidebar, which is illustrated by a picture of a contemporary loyalist mural, says that the chieftain cut off his right hand. In fact, the legend is usually told as having the chieftain take his sword in his right hand and cut off his left hand The significance of this point is that it offers a way of distinguishing between the rival representations. If a Red Hand is left, it is likely to have been inspired by the legend as with the 36th (Ulster) Division badge; if it is a right hand, it is more likely to be the dextera Dei, as with the Red Hand Commando.

The Dedication Plaque at the Ulster Tower with a Right Hand ,only with drops of blood, as in the legend.
There is an interesting discussion of this point in the chapter on ‘The Red Hand of the O’Neills’ in As I Roved Out by the Belfast Roman Catholic-romantic antiquarian and Gaelic nationalist propagandist Cathal O’Byrne (Belfast, 1946; new edition, 1982; pp 340–3). O’Byrne uses it to present Ulster Gaelic-Roman Catholic culture (as represented by the O’Neills) as in touch with the mainstream of European civilisation, throughout which the dextera Dei symbol was in common use, while the left-hand version over the Ulster Hall, derived from ‘the recently manufactured legend’, is presented as the ‘bar sinister’ marking according to him the fundamental illegitimacy of the unionist/planter presence.

Yet the Northern Uí Néill , of whom the Tyrone O’Neills are one clan, are not in reality of Gaelic origin. And the true symbol of the Right Hand has been used with scriptural authority by all the people of the Book, Israelites, Christians and Moslems alike. Furthermore the Gaels were not the original inhabitants of Ireland, and all the Gaelic pseudohistory of the day will not be able to change that either.

Coats of arms used by those whose surnames are of Uí Néill descent – Ó Donnghaile (Donnelly),Ó Cathain (Kane), Mac Aodha (Mac Hugh), Ó Dálaigh, Ó Máeilsheáchlainn and Ó Catharnaigh, to name just a few – all feature the Red Hand in some form, recalling their common descent. On the Ó Néill coat of arms featuring the Red Hand, the motto is Lámh Dhearg Éireann (Red Hand of Ireland). The arms of the chiefs of the Scottish Clan Mac Neill of Barra contain the Red Hand; the clan has traditionally claimed descent from Niall of the Nine Hostages, yet are actually of Norse descent. Many other families have used the Red Hand to highlight an Ulster ancestry. The head of the Guinness family, the Earl of Iveagh, last of the ancient British Cruthin aristocracy, has three Red Hands on his arms granted as recently as 1891.

After Walter de Burgh became Earl of Ulster in 1243 the de Burgh cross was combined with the Red Hand to create a flag that represented the Earldom of Ulster and later became the modern provincial Flag of Ulster, still used by Republicans, although of English origin. During the Plantation of Ulster it was part of the arms of The Irish Society. Sales of baronetcies originally helped fund the plantation so baronets of England and of Ireland and later baronets of Great Britain and of the United Kingdom were allowed to augment their arms with a “hand gules”.

Founder Chair and now Vice-President of the Somme Association.

President of the Ullans Academy. 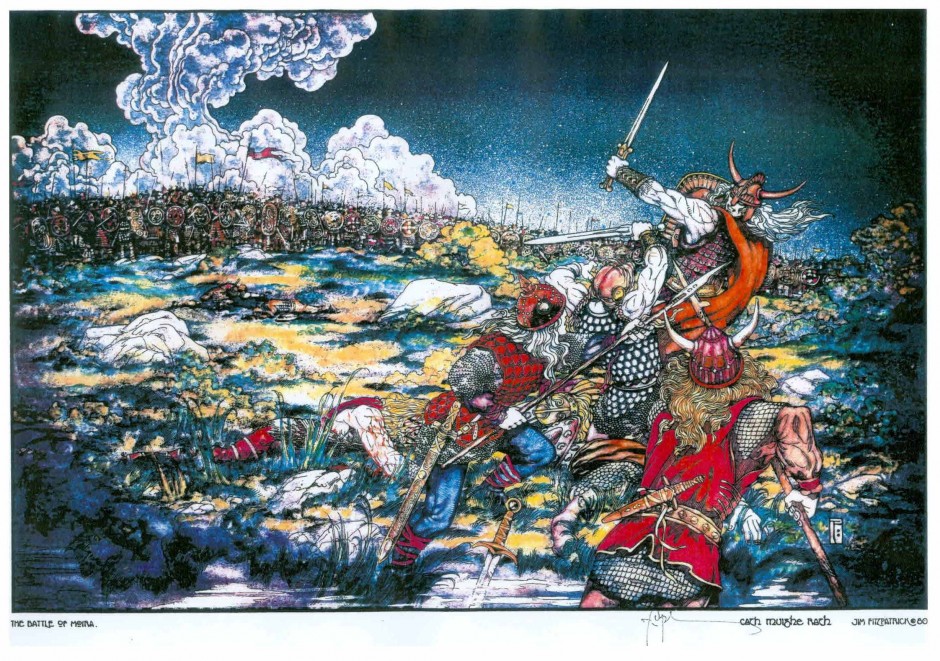