The Song of God

One of Patrick’s first converts was a young man named Mahee, who was the son of Bronagh, son of Milchu, Patrick’s old Cruthin master. Mahee was the first man to whom Patrick gave a gospel and is credited with the foundation of the great monastery of Nendrum on Mahee Island in County Down. And so it was that the grandson of Milchu gathered around him young men to build a church of wood in the manner of the people of Ulster. And as he was about to rest after cutting his portion of timber, he heard a bright bird singing on the blackthorn near him. This bird was more beautiful than all the birds of the world and Mahee, greatly moved by its song, listened enthralled. And the bird said “Surely this is diligent work, O Holy Man”.

The young man was astonished to hear the bird of such wonderful song speak to him in human words, and he said “Who can thus address me” and the bird immediately replied “A man of the people of my Lord which is to say an angel of God from heaven”. “All hail to thee” said Mahee with awe and “wherefore has thou come hither”. “I am here by command of my Lord to address thee and I am to encourage thee in thy good work, but also because of the love in my heart for the Lord Jesus to amuse thee for a time with my sweet singing.” “I am glad of that” said the young man. Thereupon the bird sang to Mahee a song of such singular beauty that he thought that this surely was the Song of God.

When he had finished his singing the bird fixed his beak in the feathers of his wing and slept, but Mahee continued to hear the sweetness and perfect harmony of that song for 150 years, standing in trance beside the little bundle of timbers in the middle of the wood in Ulster. Although one and a half centuries were in that angelic song, to Mahee the time did not seem any longer than one hour of the day, nor in that hour was there anything but contentment and peace, nor did any age come upon him, nor any withering of the green branches he had gathered for his Lord, nor in the wood itself did a single leaf of a single tree turn to the red and yellow gold of autumn before his eyes, and even the spiders stop their spinning and the bees gathered not the nectar from the fields before him anymore.

Then suddenly the bird took his beak from his wing and Mahee heard no more his perpetual praise. So the angel bid him farewell. When the bird was gone Mahee lifted the timbers and made for home as in a dream. And in amazement he looked at the place from where he had long left. There he found a church already built and a man strange to him passed and told him that this was the church of St. Mahee. Then Mahee spoke to the children of God within and they knew him not. “Tell us your name and lineage” they enquired, and he said to them “I am Mahee, son of Bronagh, daughter of Milchu the King”, and he told them his tale. And they all knew him and knelt to him and they made a shrine of the wood and after it built a great church at that place. And surpassing white angels often alighted there or sang hymns to it from the branches of the forest trees or stood with their foot on tiptoe their eyes on the horizon, their ear to the ground, their wings flapping, their bodies trembling, waiting to send tidings of prayer and repentance with a beat of their wings to the King of the Everlasting.

On the island of Lewis, The Lewes, in the Outer Hebrides, the Immortal Isles from which I am sprung, I once heard, above the Grey Wind of the West, the love song of the wandering greenshank, which was as haunting as anything I had ever experienced, deathless music, and anyone who hears it will remember it for the rest of their lives. I think that the Gaelic singing of the Hebrides is a reflection of this, and it has come down to us in our own time in the Caledonian soul music of George Ivan (Van) Morrison. For thus it was that the Hebridean folk songs and Border Ballads were carried by the settlers from Ulster to the Appalachians and made up the oldest, deepest and most persistent American music ever made.

Actually, it is Ulster-Scots. The Scots were from Northern Ireland originally, and when they went to Scotland the Irish were called Scots. And at one point the kingdom of Dalriada consisted of Northern Ireland and the western part of Scotland, which was also a kingdom onto itself. Northern Ireland and Scotland are so close you can see one from another on a clear day. And this is the essence of that transendental music which Van has given to the world. The Bardic Order was preserved in Caledonia longer than in any other country. It seemed to have become become extinct with the death of the last of all the hereditary bards, Neil Mac Vurich, in 1726. But it arose again in the person of George Ivan Morrison, the Bard of Ireland.

Clan Morrison is a Scottish one. There are numerous Scottish clans, both Highland and Lowland, which use the surname Morrison. In 1965, the Lord Lyon King of Arms decided to recognise one man as chief of all Morrisons, whether their clans were related or not. A group of the bardic Ó Muirgheasáin clan settled on Harris sometime around 1600 under the service of the MacLeods of Harris and Dunvegan. At around this time, the file Ó Muirgheasáin replaced the bard Mac Gille Riabhaich, to the MacLeods of Harris and Dunvegan. The Ó Muirgheasáins ultimately had roots in Ulster, within “O’Neill’s country”. The clan is thought to have established itself in the Inner Hebrides, on the isle of Mull, by 1512; likely patronised by the Mac Leans of Duart.

Despite their long service to the MacLeans and MacLeods, not one Ó Muirgheasáin poem, written for the MacLeans of Duart exists to this day; and the earliest piece of poetry written for the MacLeods of Harris and Dunvegan only dates to 1626 In time the Harris Ó Muirgheasáins Anglicised their surname to Morrison. The Irish Gaelic Ó Muirgheasa means “descendant of Muirgheas”. The personal name Muirgheas may be derived from the Gaelic elements muir, meaning “sea”; and geas, meaning “taboo”, “prohibition”.The Morrison clan centred on the Isle of Lewis derived their surname from Mac Gille Mhoire. They too were from Ulster and survived there as the Gilmores. In time the Gaelic surname was Anglicised as Morrison. The chiefs of the clan were the Morrisons of Habost and Barvas, and held the hereditary office of brieve. On consequence of this position the clan was also known as Clann-na Breitheamh. The Morrisons held this office until 1613; and by the 19th century it was considered impossible to trace their descendants. 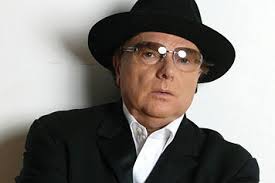