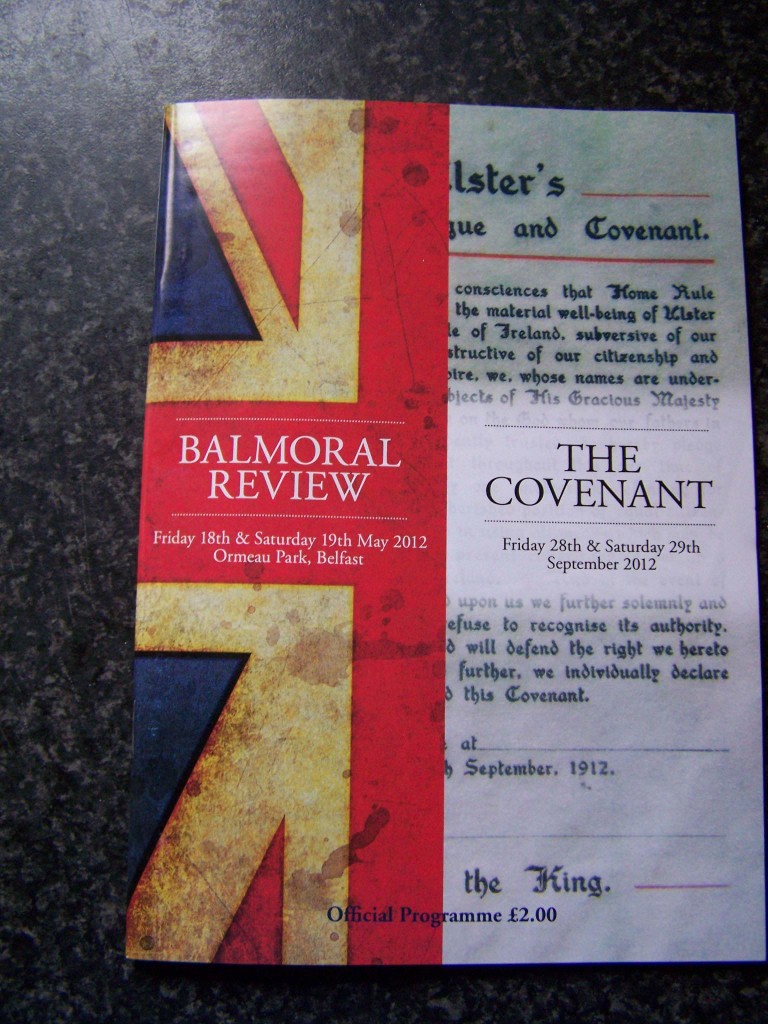 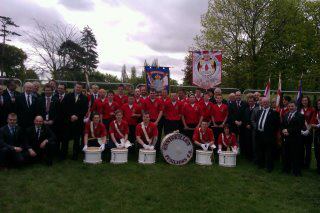 The Balmoral Review Parade through Belfast today was the first major test of whether contentious historical commemorations can pass off peacefully in Northern Ireland, and the effectiveness of the Posse Comitatus.

Up to 10,000 marchers, including UVF and UDA paramilitaries, took part in the parade today marking the centenary of the Balmoral Review which was held to oppose Home Rule in advance of the drawing up of the Ulster Covenant. Tens of thousands more were spectators.

Posse Comitatus member Jackie McDonald, who was among the participants, said organisers were hoping the march would pass off peacefully, but measures had been put in place to reduce the potential for disorder.

“Because of our history you have to be wary of the dangers — dissidents and possibly the ‘blue bag brigade’,” he told the Belfast Telegraph. “But, anybody going there is going to pay respects and it will be dignified.

“Obviously if you live in the Short Strand you would be worried about what was going to happen. Nothing has happened in this way before. It is the first of the centenaries and it is important all round that it all goes according to plan. If everybody takes other people into consideration then you can ask the same in return when it comes to a nationalist or republican parade.”

In the event about 70 bands made their way peacefully from Orange halls at Shankill Road, Sandy Row and Clifton Park Avenue from 10am through the city centre and east Belfast before converging on Ormeau Park for a religious service and festival from noon.

A  UVF pamphlet, had said: “The organisation is not officially involved in the background or formatting of this event. However, we fully anticipate supplying 500 period dressed/uniformed men, to take part in the event, parading from the Ulster Hall to join with the main body at City Hall”.

“To be fair to the organisers, they have spoken to all the people they need to speak to and have taken every precaution. It seems to be a well-organised parade. But, you can never tell with outside elements. No one has any intention of wrongdoing. It is an Ulster Day, it should be dignified. It is for everybody who values their country and what people did for their country.”

Paramilitary emblems and regalia had been banned under a determination from the Parades Commission, which  also warned that no national flags should be burned or defaced.

A crucial adjunct to the work done by The Posse Comitatus was that of our Dedicated Officer on Belfast City Council, Mrs Suzanne Wylie, who commented: ” My Department gave funding to nationalist communities to take kids away. Also we had teams in with PSNI making sure parades passed off peacefully and there was no alcohol”.

The Balmoral Review saw 200,000 people gather at Balmoral on the outskirts of Belfast on April 9, 1912, to protest against the introduction of the third Home Rule Bill. The crowd marched from the city centre. The event was addressed by Sir Edward Carson, leader of the Irish Unionist Party. Ormeau Park was chosen as Balmoral Showgrounds were unavailable.